Warning: Constant WP_DEBUG_DISPLAY already defined in /customers/e/8/f/foreningenja.org/httpd.www/wp-content/themes/YES_theme/functions.php on line 2 All that you touch You Change. All that you Change Changes you. #1 (2016-2017) « The YES! Association

We will move in triangular formations and step on each other's feet.
All that you touch You Change. All that you Change Changes you. #1 (2016-2017) 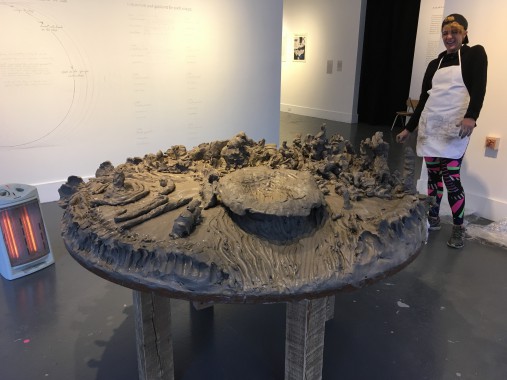 All that you touch You Change. All that you Change Changes you, within the exhibition A new job to unwork at, Artspace, New Haven, CT, curated by Andrew Kachel and Clara López Menéndez.

For A new job to unwork at YES! Association / Föreningen JA! proposed a space of social and material entanglement, manifesting through a round table covered with clay. Clay is a pliable matter that floats and lingers between notions of work, use value, and the sphere of the hobby, accessory to an “unproductive” activity performed during leisure time. Clay is a porous territory that registers the hands that shape it, tracking the moods that surround it. Once a week during the exhibition period, people will meet around the clay table for an hour. For every meeting, YES! Association / Föreningen JA! will propose different questions relating to aspects of work and unwork, as well as instructions on how to engage with the clay. These meetings will be attended by two different groups: the staff of Artspace, and a group of individuals coming from diverse parts of New Haven’s art community. The former group is getting paid for this hour, and will engage in the meeting – or séance as the artists call it – during office hours; the latter group is not getting paid. 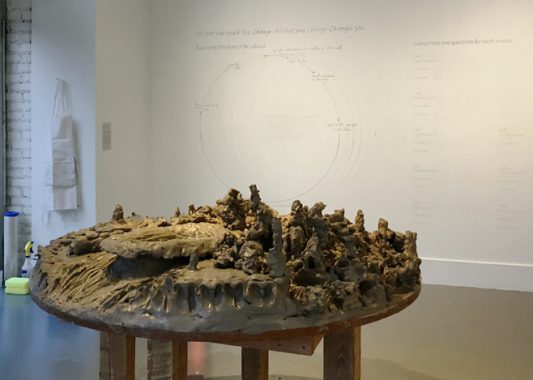 The instructions / question that the two groups are asked to engage with during the séances are as follows:

During the opening December 2, 2016 a group of volunteers and the curators of the exhibition engaged the instruction / question:
Unpack the clay. Place it on the table. Work it through until it covers the table evenly.  / Are you working right now?

The last séance took place on February 25, 2017 as part of the Symposium and was open to the public. This séance was lead by YES! Association / Föreningen JA!. The instruction / question were:
Engage the clay with the sixth sense. / What will happen? 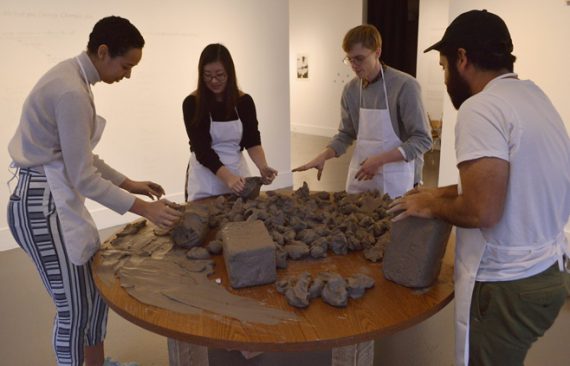 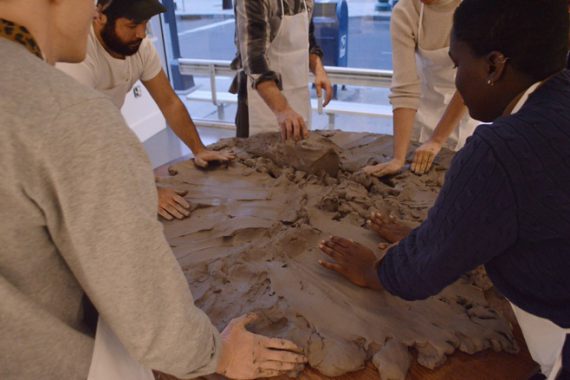 This project erupted from a brief and intense entanglement with Kristine Anthis.

The title All that you touch You Change. All that you Change Changes you is taken from Parable of the Sower by Octavia E. Butler (1993).

Click here to cancel reply.
YES! Association / Föreningen JA!, All that you touch You Change. All that you Change Changes you #2 (2017)