We will move in triangular formations and step on each other's feet.
SMOKING AREA (2012) 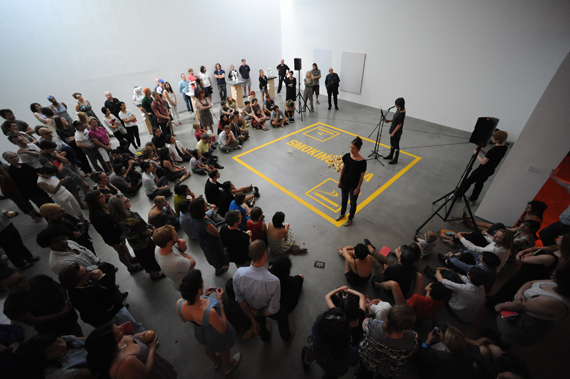 An institution is the people who run it, but not only, it is also its legacy, its past and its aspirations for the future. It is full of living people, ghosts, and the ones not yet born. The institution becomes that which is negotiated between the living, not yet born, and dead. It is a site of contestation.

YES! Association/Föreningen JA! is an art collective, an institution, an art worker, a group of people working to overthrow the ruling system of heteronormative, patriarchal, racist, and capitalist power structures by putting into practice a structural redistribution of access to financial resources, space and time within the art scene.

Sometimes YES! Association / Föreningen JA! gets invited to other institutions. That invitation usually comes with conditions, hopes, and a set of rules. The hope is that something will get disrupted and this disruption is both celebrated and expected. But we are all pre-conditioned by the administrative formalities that organize the spaces of manoeuvre for bodies within institutions—to classify, categorize, normalize, and strive for efficiency, and somehow, everything suddenly slips back to business as usual. The tendency is so strong. And it often comes with good intentions.

A way of disrupting the institution is to claim the position of the in-between-spaces, insist on acting in there and from there. The in-between-spaces are the unruly ones, the willful ones, the contingent ones. But because they are situated outside legitimizing discourses they also runs the risk of becoming the non spaces, the invisible spaces, understood as simply awkward and impossible. Pariah position.

Here we are with our longing for equality and diversity, for another new beginning. Hostility pushing through our skin, from inside out, from outside in. Someone in the room (Judith Butler) wants to give us advice: Instead of striving to gain equality within an inherently unequal dominant order we must ”refuse its terms, to let the term itself wither, to starve it of its strength”. We stand up and speak: We are the people in the house. Dreams, unhappiness, rage are all over the architecture.

(Hannah Arendt later whispers from her grave: Don’t forget to smoke and to think in dialogue, then you will be able to forgive.) 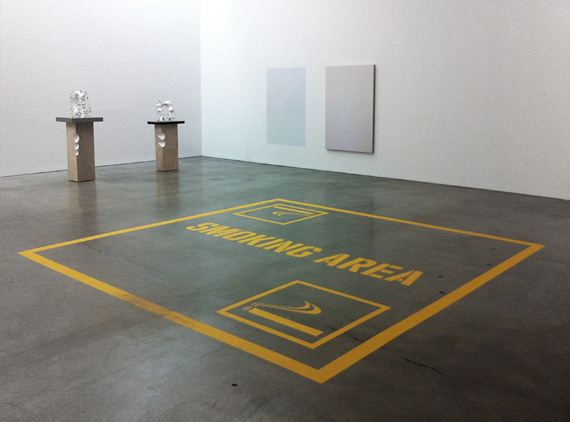 Here we are with our longing for equality and diversity, for another new beginning. In the afternoon of June 23 we enter the floor painting Smoking Area pushing a trolley with four bags of soil, thirty satchels of yellow onions, a small white pyramid, a knife, and a clipboard with one of the texts that will be read during the performance. We prepare for an appearance to take place. Two loudspeakers are placed outside the Smoking Area. A microphone on a stand is placed in the upper right corner of the larger square. Next to it, a music stand with the other text that will be read during the performance.

Åsa places herself diagonal to the speakers. Annika hands the clipboard over to Åsa who starts to read: “Dearest Hannah: Much love, Mary. Dear Hannah: Much, much love to you and many thanks for a happy stay, Mary. Dearest Mary: Love, much love Hannah. Dearest Hannah: Love and kisses to you, Mary. Dearest Mary: Yours, Hannah.” Annika and Malin bring the onions from the trolley to the middle of the Smoking Area. Åsa hands over the text — greetings from letters between Hannah Arendt and Mary McCarthy — to Malin, who reads while walking through the audience. Annika continues bringing out onions together with Åsa until all onions are on the floor. When done, Annika walks up to the microphone and reads “We are not born in order to die but in order to begin” then places the pyramid on the floor while Åsa hands onions to the audience. Annika walks out in the audience. Malin hands over the clipboard to Annika who continues to read the greetings. Malin walks up to microphone and reads “With words and deeds we insert ourselves into the world, and this insertion is like a second birth”. Malin lies down inside the Smoking Area as Åsa walks up to microphone and reads “Action and speech create a space between participants, which can find its proper location almost any time and anywhere. It is the space of appearance. The space where I appear to others, as others appear to me…”, then she sits down by Malin on the floor. Annika continues, “Whatever occurs in this space of appearance is political by definition. Everything that appears carries a degree of reality. Each choice of material is in some sense an intervention in history. In art, we shouldn’t linger too long.“

The performance unfolds from here and continues. We bite into onions and audience members follow suit. While chewing and crying we have to trust Arendt when she writes: “The reason why we are never able to foretell with certainty the outcome and end of any action is simply that action has no end.” 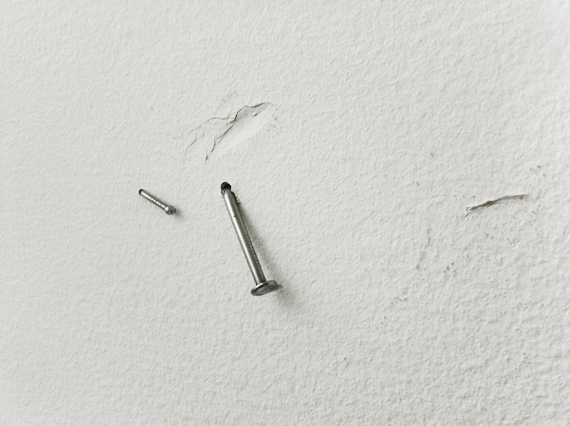 As part of its contribution to Anti-Establishment, YES! Association / Föreningen JA! hands over time and space to writer and translator Annika Ruth Persson who will do her research for her literary project “Hannah Arendt’s 1940s: Paths, luggage, meetings, writings. 3 narrative essays” in the Hannah Arendt Collection at Bard Collage during a four-week period in October. 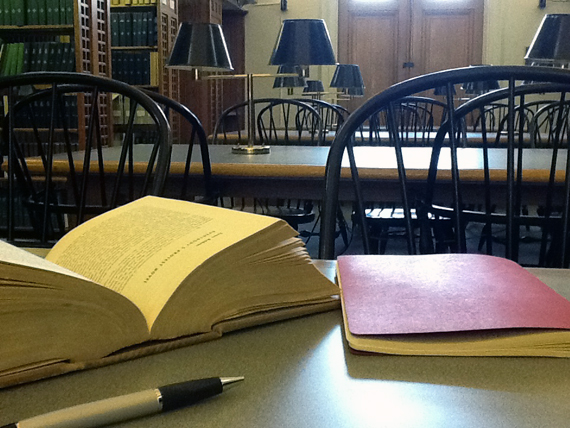 One part, Hannah Arendt Memorial Smoking Porch commemorating the German-born Jewish American political theorist Hannah Arendt (1906-1975), was never completed during the duration of the Anti-Establishment (2012) exhibition. Through the invitation by curator Olga Kopenkina to be part of the exhibition Feminism is Politics! (September 28-November 23, 2016), YES! Association / Föreningen JA! found the means to finalize this part of the project by mounting a brass plaque at the Hannah Arendt Center building at Bard College, located in the house which Mary McCarty occupied 1946-47, and again 1986-89. Mary McCarty was Hannah Arendt’s dear friend and later her literary executor.

During the weekend September 16-17 2016 the Hannah Arendt Center hosted YES! Association / Föreningen JA!. The artists inhabited the porch as a space of appearance. This documented action, Space of Appearance (2016), became YES! Association / Föreningen JA!’s contribution to the exhibition Feminism is Politics! curated by Olga Kopenkina, on view at the Pratt Manhattan Gallery from September 28 – November 27, 2016.

For Hannah Arendt, action and speech create a space between participants, which can find its location almost any time and anywhere. It is the space of appearance. The space where I appear to others, as others appear to me. By mounting the commemorating brass plaque at the building we propose that the porch at the Hannah Arendt Center becomes a space of appearance – a space stripped of some layers of legislation, a space for negotiating, engaging, testing and acting in relation to each other and specific materials and objects in dialogue with some aspects of Hannah Arendt’s life and thinking. 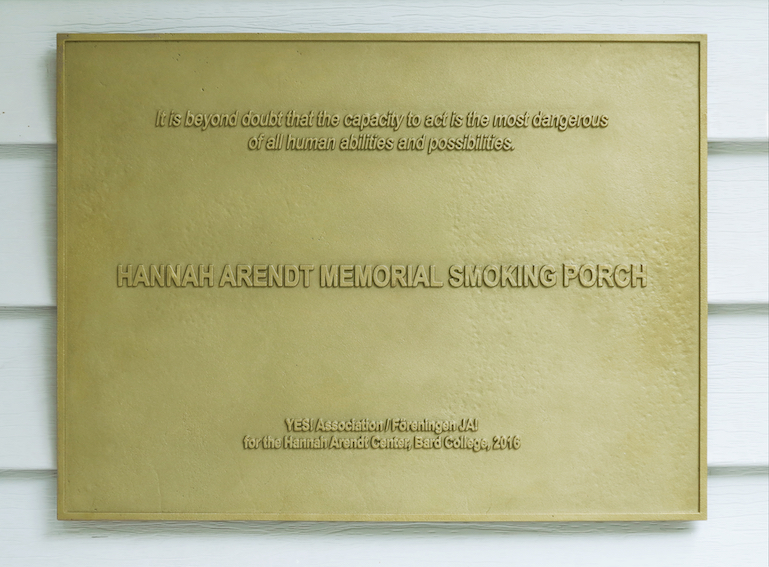